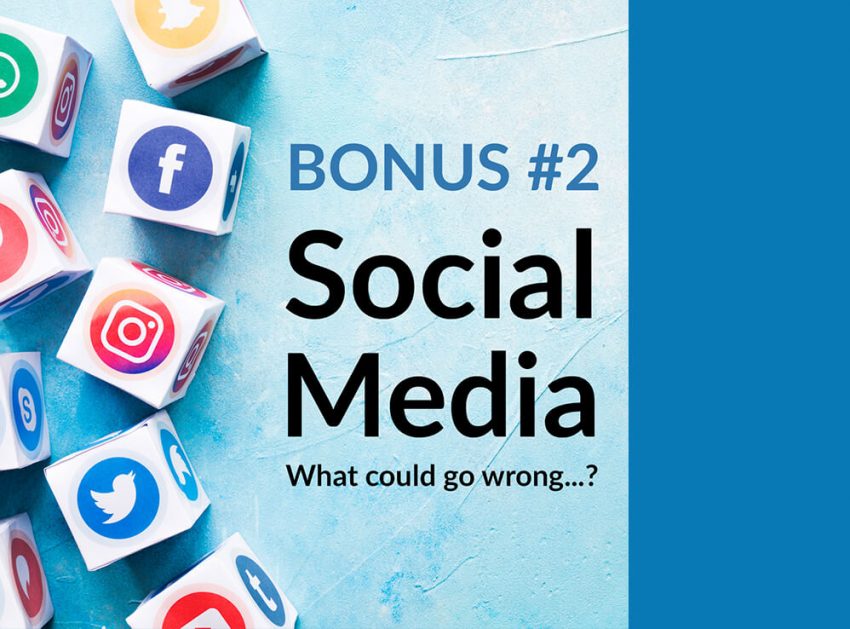 Schools should have been delivering online safety education since early in primary school. It’s the sort of topic that students in years 10-13 are bored of.

Been there, heard it, it’s fine, I’ll behave myself.

Sadly, the data shows that as students approach the end of their formal schooling, more and more are putting themselves on a collision course with their future employers. This doesn’t only affect the world of work, but also further education. If they make mistakes (see list further down) then it could have repercussions from their university or apprenticeship sponsors.

One of the first recorded cases of an employee getting into hot water (he got fired!) was in 2005. Someone who worked for high street bookseller Waterstones posted on his blog about his employer ‘Bastardstones’ and an evil boss he worked for. It was a short journey to the job centre once the blog was uncovered by the company.

From that case onwards, companies have moved to have comprehensive social media policies in place that teenagers need to know about.

Teens should be aware of the phrase social media footprint, and now is the time to double check there’s nothing that’s going to result in that dreaded disciplinary letter from the HR department.

There’s a lot of research available about how employers use social media to vet their prospective and current employees.

70% of employers use social media to ‘research’ candidates, with a further 7% planning to start using this tactic.

43% of companies use social media to check on current employees.

Top reasons for employers taking action over social media posts from the past or present:

Posting about alcohol or drug misuse

Lying about an absence from work

Posts show that candidate is creative

Demonstrates a wide range of interests

It’s worth pointing out that as many as 47% of employers will only consider an application where they can find evidence of a candidate online. Some people don’t engage with social media at all, and this could potentially harm a candidate.

This topic can be summed up by a quote from a HR website:

‘With an increasing number of employers checking potential employees’ social media accounts before offering a job, it’s important to be aware of the tone of posts and tweets, even if they are a few years old.’

To many teens, this might be ‘whatevs’ and they will shrug and assure you that you have nothing to worry about. It is worth asking them to go through and check all their posts would be allowed to be showed to their gran (or other super scary sensible adult). I always use my mother in law as my measure. If I know I’ll get in trouble with her, I don’t post it – simple!

Get your child to ‘parent-proof’ their accounts. If there’s anything they would be uncomfortable with a parent seeing, then that’s a good sign that an employer wouldn’t be impressed either.